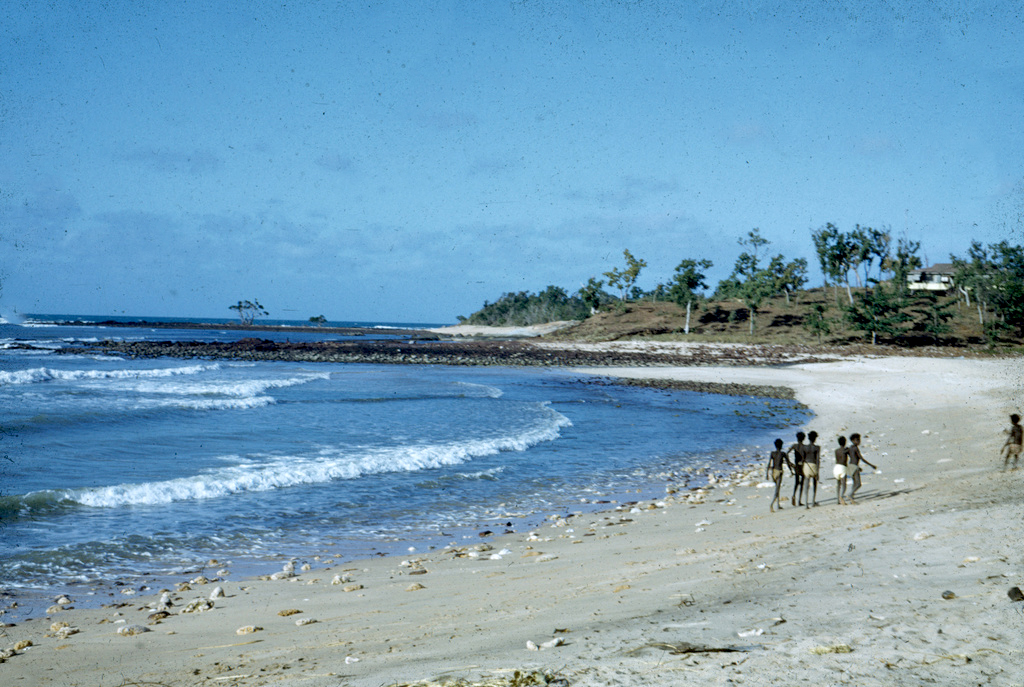 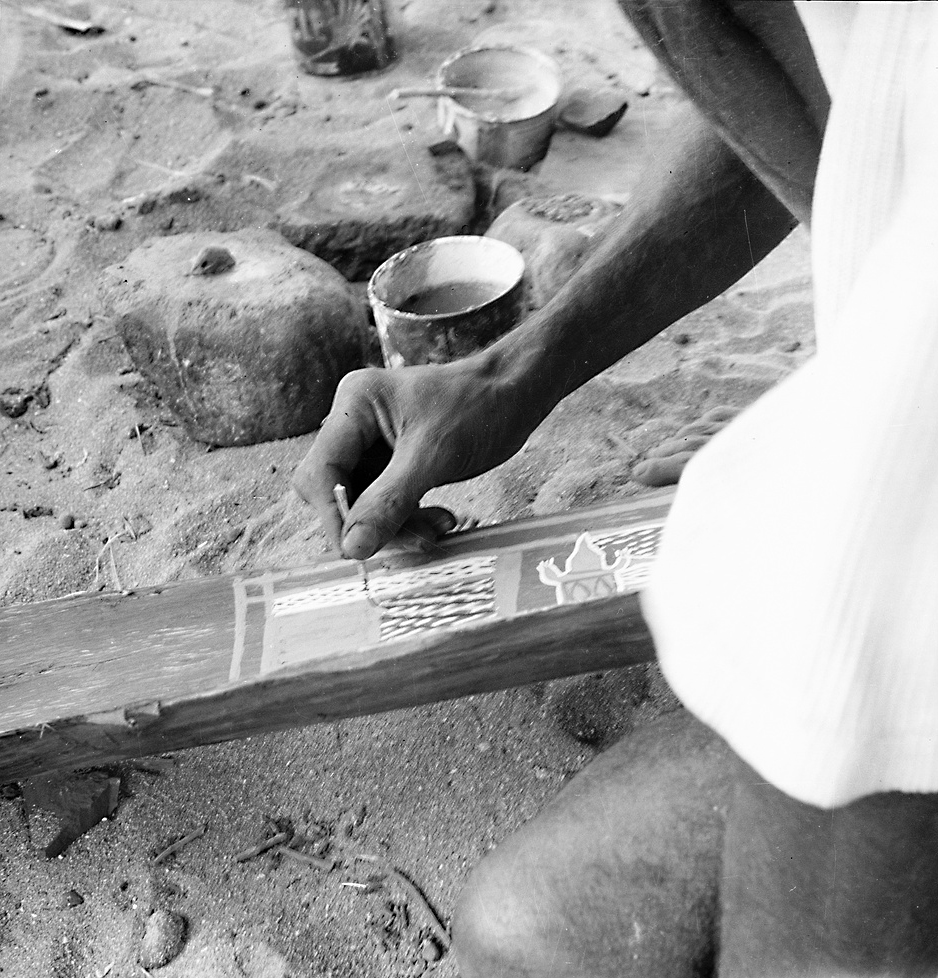 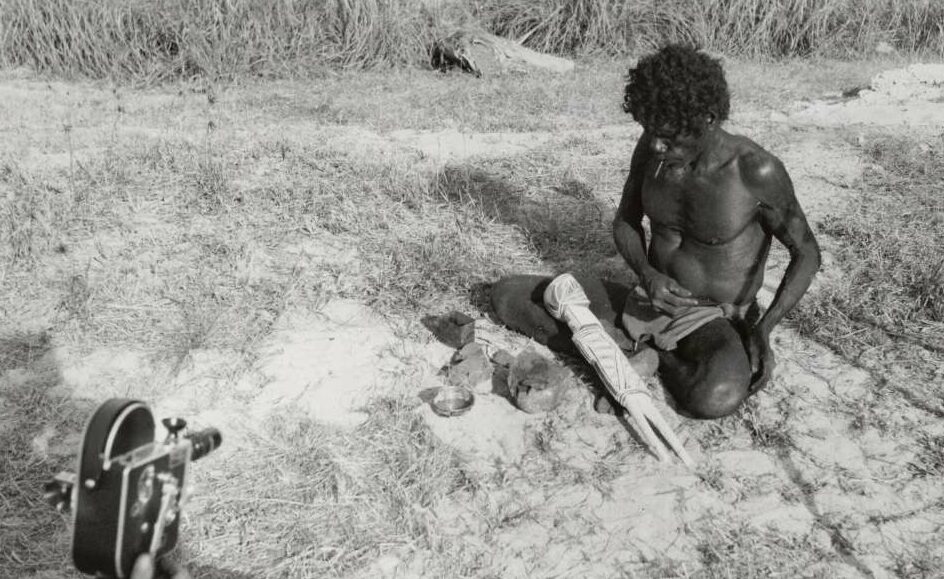 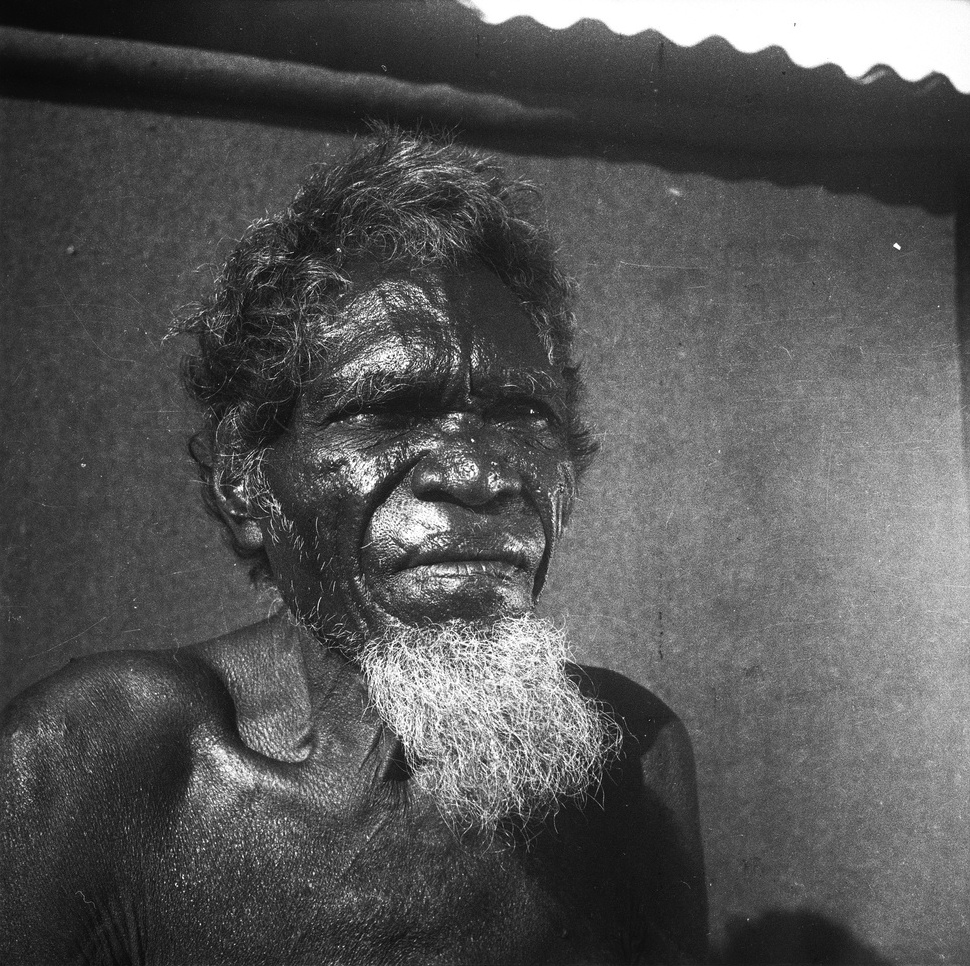 The onset of World War II spurs the formation of the Northern Territory Special Reconnaissance Unit (NTSRU) of the Australian Army. Gathered at the NTSRU base camp at Garrthalala, Yolŋu elders paint some of the most ambitious bark paintings to date. At the same time, Yolŋu increasingly move into Yirrkala and the missionaries encourage a growing trade in bark paintings. By the end of the decade, several anthropologists have assembled major collections of Yirrkala art for museums around the world.

Missionaries from the Pacific Islands are appointed in the postwar era. Kolinio Naulago Saukuru (superintendent, 1944– 46), Reverend Taniela Lotu (1949–64), Jonetani Rika (1965–87) and Samuela Vateitei (1970–73), among others, serve at the Yirrkala Mission.

Narritjin Maymuru begins to produce paintings for sale through the Yirrkala Mission store that is established in the 1940s. From the mid-1950s, mission stations sell bark paintings in stores run by the missionary societies in southern Australia.

Rraywala Mildjiŋu, Woŋgu Munuŋgurr and Donald Thomson organize the Northern Territory Special Reconnaissance Unit of the Australian Army (1941–43) in response to the threat of Japanese invasion. The force consists of Yolŋu men who are tasked with patrolling the Arnhem Land coast. Stationed at Garthalala, the men produce a series of major paintings including Djapu’ Miny’tji | Djapu’ Clan Design (1942)

Art of Australia, 1788–1941, organized by the Museum of Modern Art, New York opens at the National Gallery of Art, Washington, DC.

The anthropologists Catherine and Ronald Berndt work with the Aboriginal people of Arnhem Land (1946–51) and collect over 700 objects as part of their field research. They spend a year based in Yirrkala (1946–47). Yolŋu artists create 365 crayon drawings on butcher’s paper, which is the first time they composed miny’tji (sacred clan designs) with anything other than natural ochres. Today, they are known as the Yirrkala Drawings and held at the University of Western Australia.

The Australian anthropologist Charles P. Mountford, on behalf of the National Geographic Society, the Smithsonian Institution and the Australian government, leads the American-Australian Scientific Expedition to Arnhem Land. In Yirrkala, Mawalan Marika facilitates the collecting of around 600 objects, while Wandjuk Marika translates. The anthropologist Frederick McCarthy works with Ŋarrawu Munuŋgurr, as well as Mawalan and Wandjuk, to record and collect 193 string figures. Groups of works from the collection are distributed to Australian state art galleries and the Smithsonian National Museum of Natural History, Washington, DC, including the painting Nyulminyulmi (Dhambarrama ga Gunumuŋgu) |The Ancestral Woman Nyulminyulmi (also known as Dhambarrama and Gunumuŋgu) (1948).