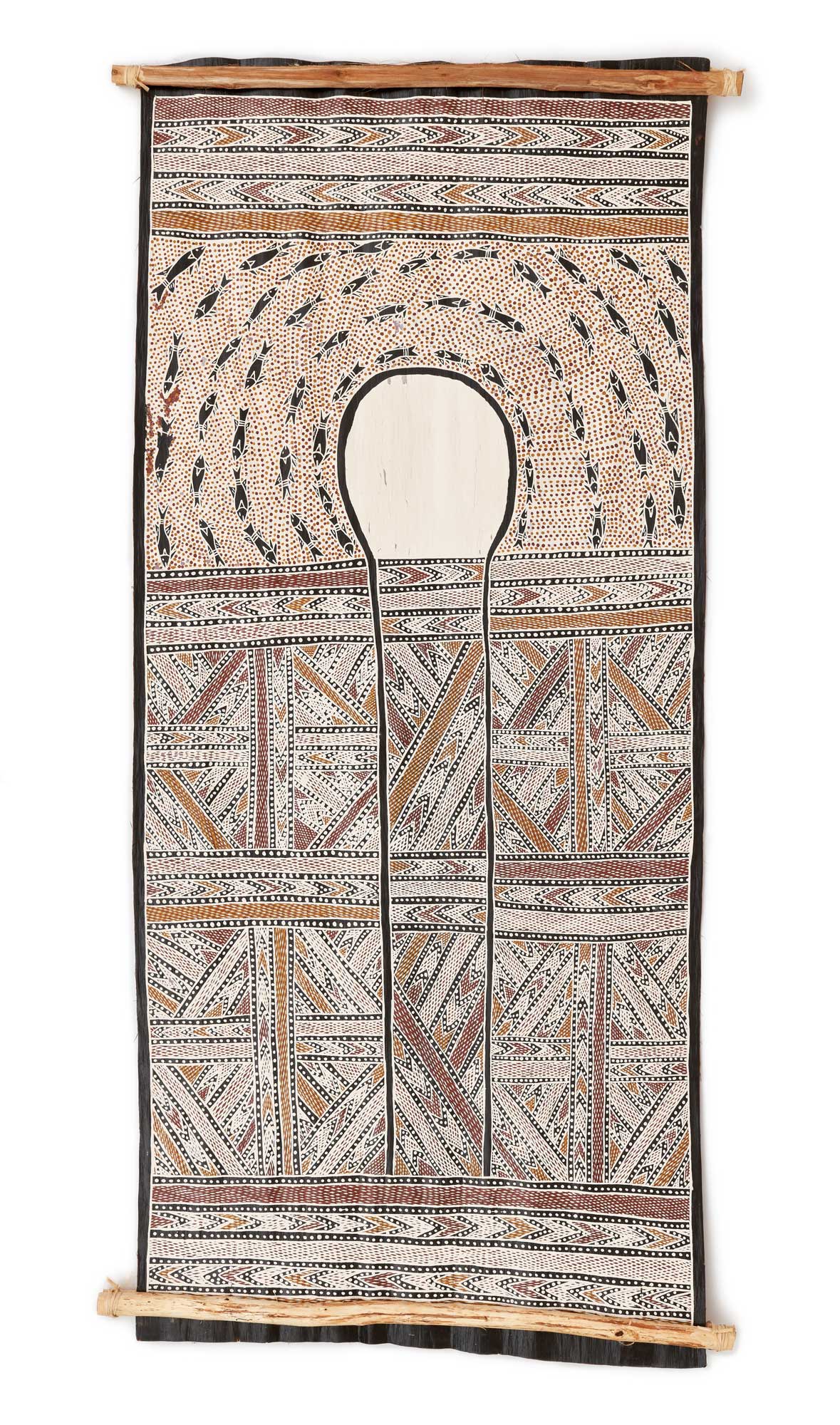 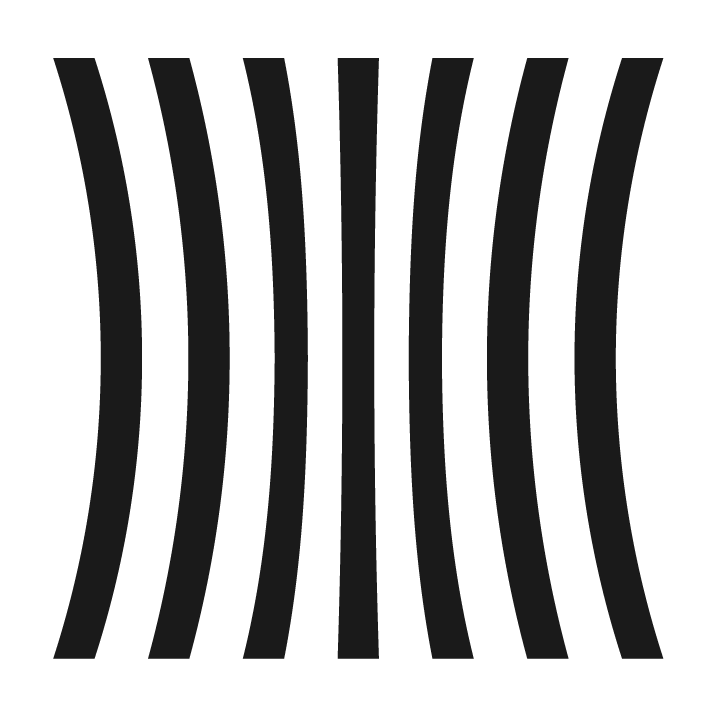 "In ceremony, you will see us dancing this special place, mimicking how the fish moves in the water. You will see these clan groups dance the same way this fish moves and demonstrate that this fish comes from the water called Guḏultja. And this water will crash upon the rocks called Bamurruŋu, Bulunymirri and Nyuḻa’nyuḻa. When we hear the sound of the water that crashes onto the rocks, it gives us strength and power."

A set of three rocks stand in the mouth of Trial Bay submerged either completely or partially within its waters. The waters of the Gurka’wuy River flow out through Trial Bay past these rocks clashing in a turbulent unity with the incoming tidal waters from the deep ocean. The names of the rocks – Duṉḏiwuy, Bamurruŋu and Yilpirr – are rarely spoken.

Yolŋu speak of a hole submerged under the rocks, from where bubbles are seen rising to the surface, sometimes bursting forth with a rush. In sacred song, Bamurruŋu is an emblem of ancestral spirit, surrounded by the fish wawurritjpal (sea mullet). According to Marrakulu Law, these fish became the Marparrarr ancestral beings who were the original inhabitants of the lands around Gurka’wuy. The bubbles that rise to the surface from beneath the rock Bamurruŋu are seen as the life force of these ancestral beings, revealing their direct ancestral connection to the Marrakulu clan.

When the Marrakulu perform ritual dance for the events depicted in this painting, participants move towards a held spear representing the steadfastness of the rock, splitting the dancers who then surround the rock known as Bamurruŋu moving as does the sea to song and rhythm of yiḏaki (didjeridu) and bilma (clapsticks).

The Marrakulu clan’s homeland is Gurka’wuy, a village on the northern shores of Trial Bay....

Wuyal, the ancestral Sugarbag Man, is an important ancestor of the Marrakulu clan of northeast...

In the early 2000s, metal frames replaced the split sticks that were used to frame... 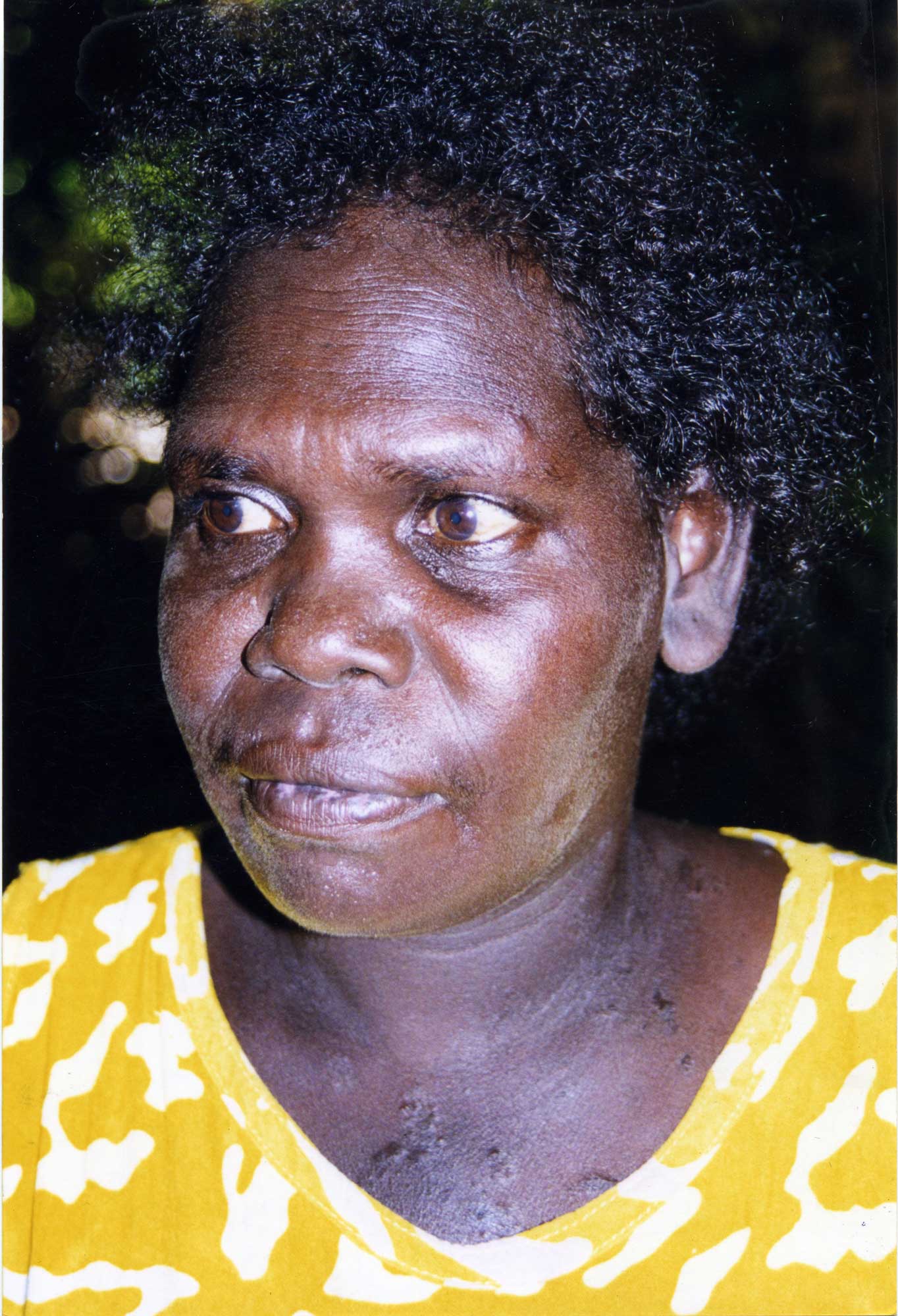 Throughout the 1980s and ’90s, Ralwurrandji Waṉambi worked at the Yirrkala Art Centre, often assisting other artists including Banduk Marika and her brother Wukuṉ Waṉambi. In the final years of her life, she pioneered a pared-back version of Marrakulu designs that was influential on a younger generation of artists, including her younger brother Yalanba Waṉambi.