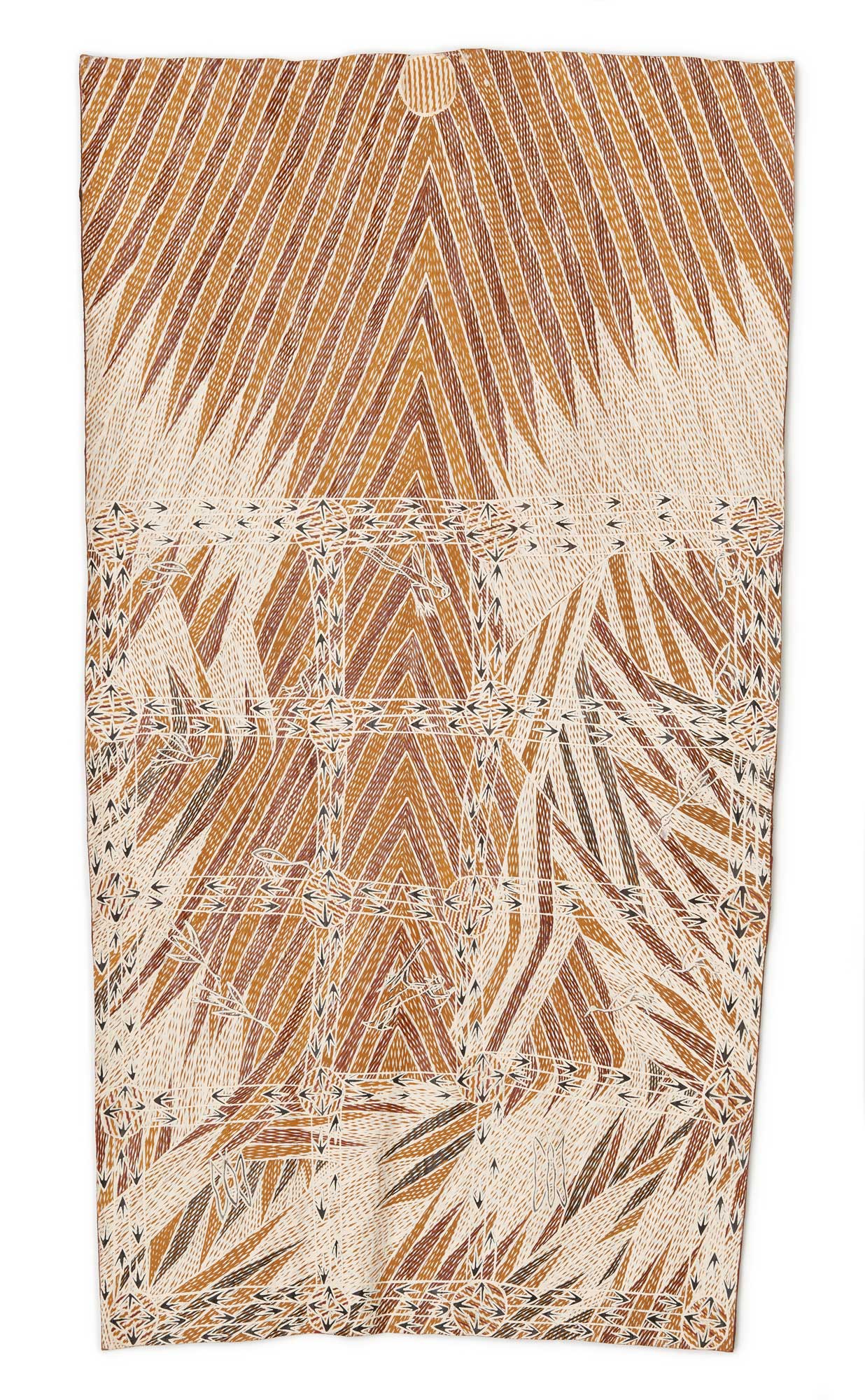 "One day, a mother and father went off hunting and left the children behind, in a little, temporary shelter. Later, a man named Gurrutjutjurr came along. “Who are those pretty girls sitting there? I’ll go and see,” he said. . The sisters were crying, so he gave them fish to eat. Then he said to them, “Now, stand up, I am going to line you up and watch you running for me. I’m go-ing to see how strong you are.” They all got up and lined up.

The first to go was the youngest child. Gurrutjutjurr asked her to run, and he saw that she was without strength and had no stamina. “Now, you other one,” he asked the second, and he watched her and saw she had no strength. But then the last one, the oldest sister stood up. He asked her insistently, “Will you run?” The oldest sister started running in front of Gurrutjutjurr. As he watched her running, he felt elated. She returned, and he said, “Yes, you are my dear wife, I’m going to steal you away.” Then he took her, and they ran and went across to where his camp was, and the two of them went into his hut. They entered, then lay down.

In the afternoon, the father and mother returned from hunting. They saw that the sisters who had been left behind were crying together, the two younger sisters. “Why are you two crying?” asked the father. “Gurrutjutjurr took our sister away, over to that side.” And that place is called Ḏilmitjpi. “There he made her go in.” “Now, you two wait here, I am going to dance over there to bring her back,” said the father. Then he danced and kept dancing, shaking his legs, he danced to bring back the butterfly, his daughter. “Dance back to me my child, come back,” he said. The daughter awoke and changing into a butterfly, she left the place. When she got out-side her body changed back to a woman’s, and she ran toward where her father was dancing. He saw her coming up, and said, “This is my daughter running now.” Then he ran to meet her and embraced her. Then all of them became butterflies and all flew off separately.

When he awoke, Gurrutjutjurr hit himself, crying. He felt great longing. He pined for his wife. Running up, he saw them. “My wife is far away,” he said. “Oh well, I’ll become a bird.” And now he remains a kite, and that father and his children are butterflies. This story belongs to Dhurruputjpi, to this floodplain called Garaŋarri. "

The Dhuḏi-Djapu’ clan belong to the Dhuwa moiety. Major spiritual themes include Mäṉa and the...

I am going to tell the story from long ago about the butterflies, and about... 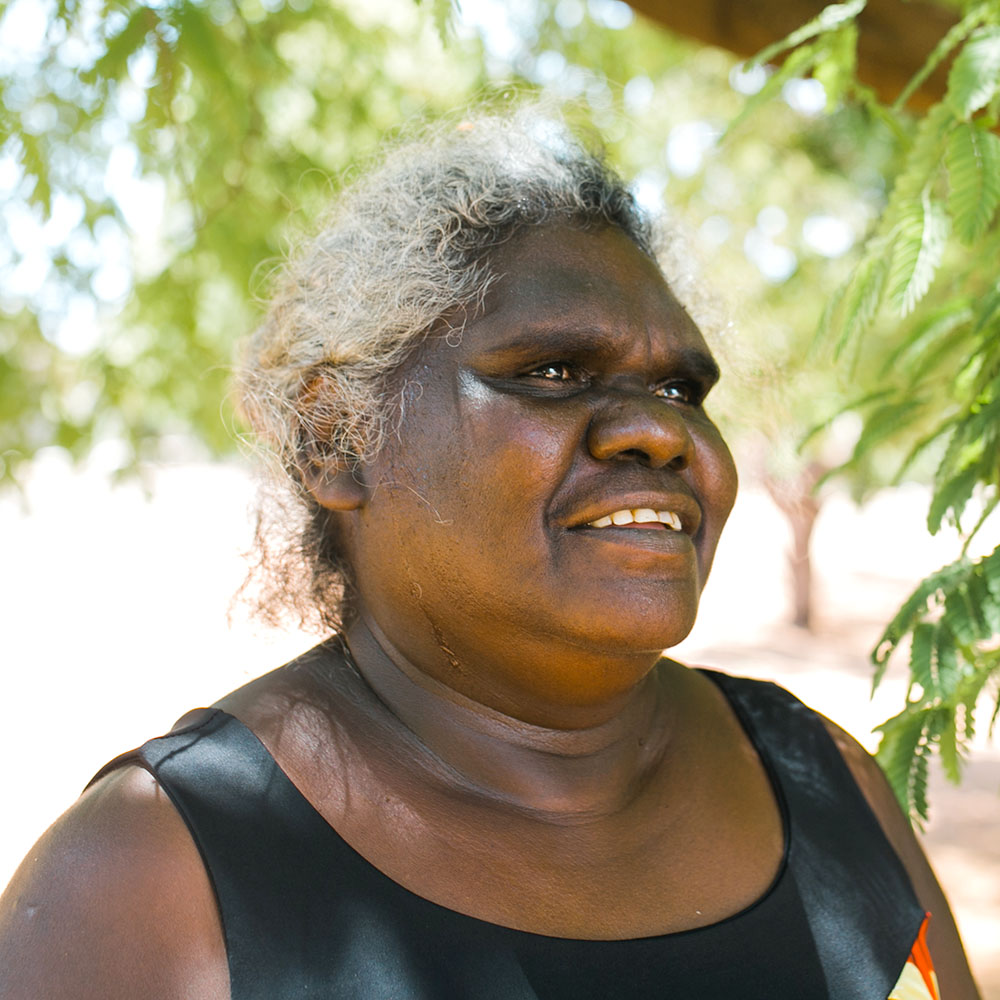 The daughter of renowned artists Dhukaḻ Wirrpanda and Galuma Maymuru, and the wife of Djambawa Marawili, Ḻiyawaḏay Wirrpanda learned to paint by assisting her parents and, later, her husband. At Djambawa’s encouragement, she began to paint under her own name in 2009 and held her first solo exhibition in 2010.