The Maŋgalili are a Yirritja moiety clan. Their saltwater homeland is at Djarrakpi on the...

“My father did not want to go and stay in that particular area; he wanted...

In 1960, Narritjin Maymuru won various prizes in the Aboriginal art category at the Darwin... 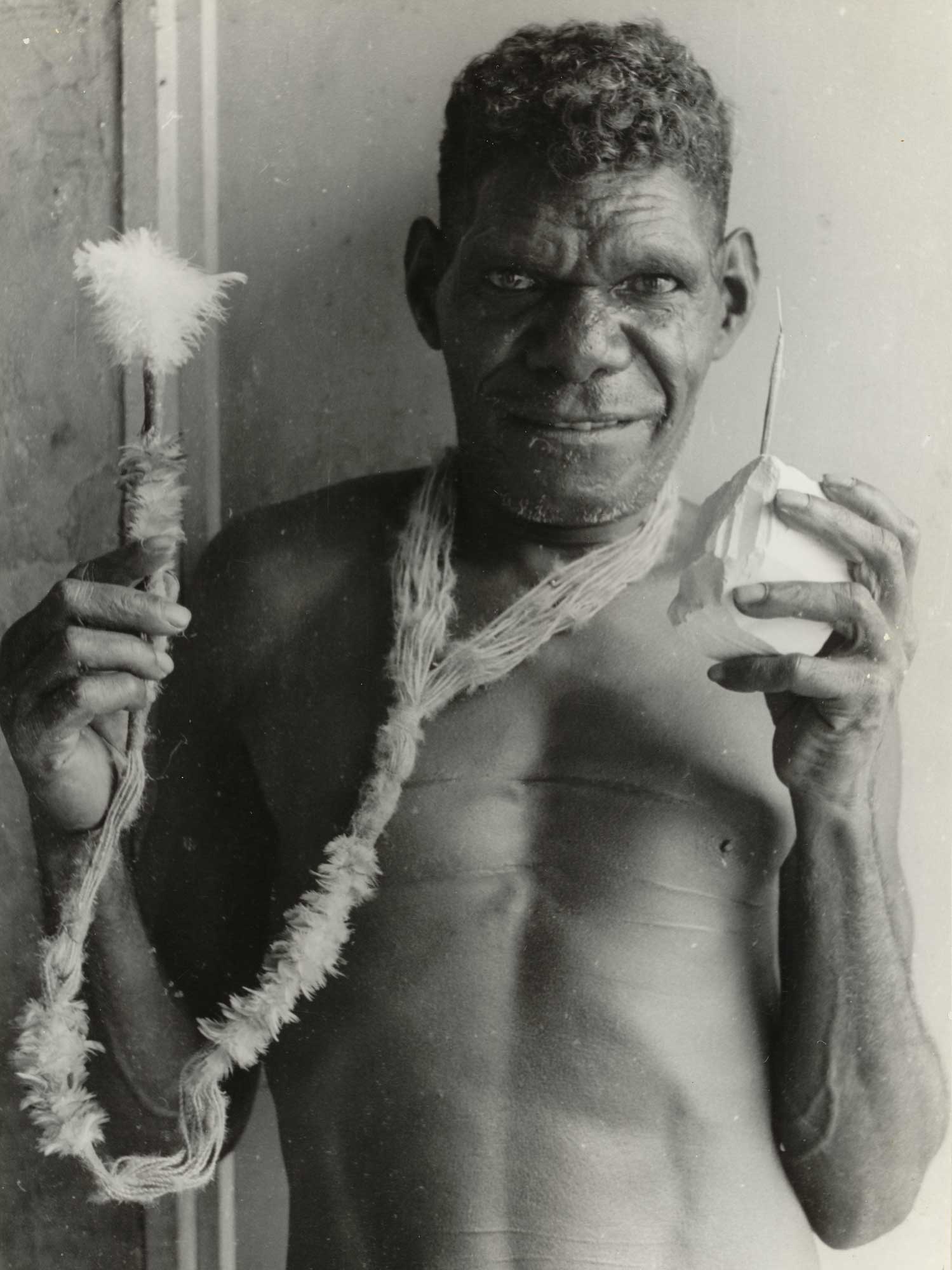 Narritjin Maymuru was one of the most significant figures in the development of the painting movement at Yirrkala. The driving force behind the Yirrkala Church Panels, he actively encouraged art making as a means of economic development, which would lead to the foundation of the Yirrkala Art Center in 1976. Along with Mawalan Marika, Narritjin was one of the first men to teach his daughters to paint. In 1978, he was awarded a Creative Arts Fellowship from the Australian National University.