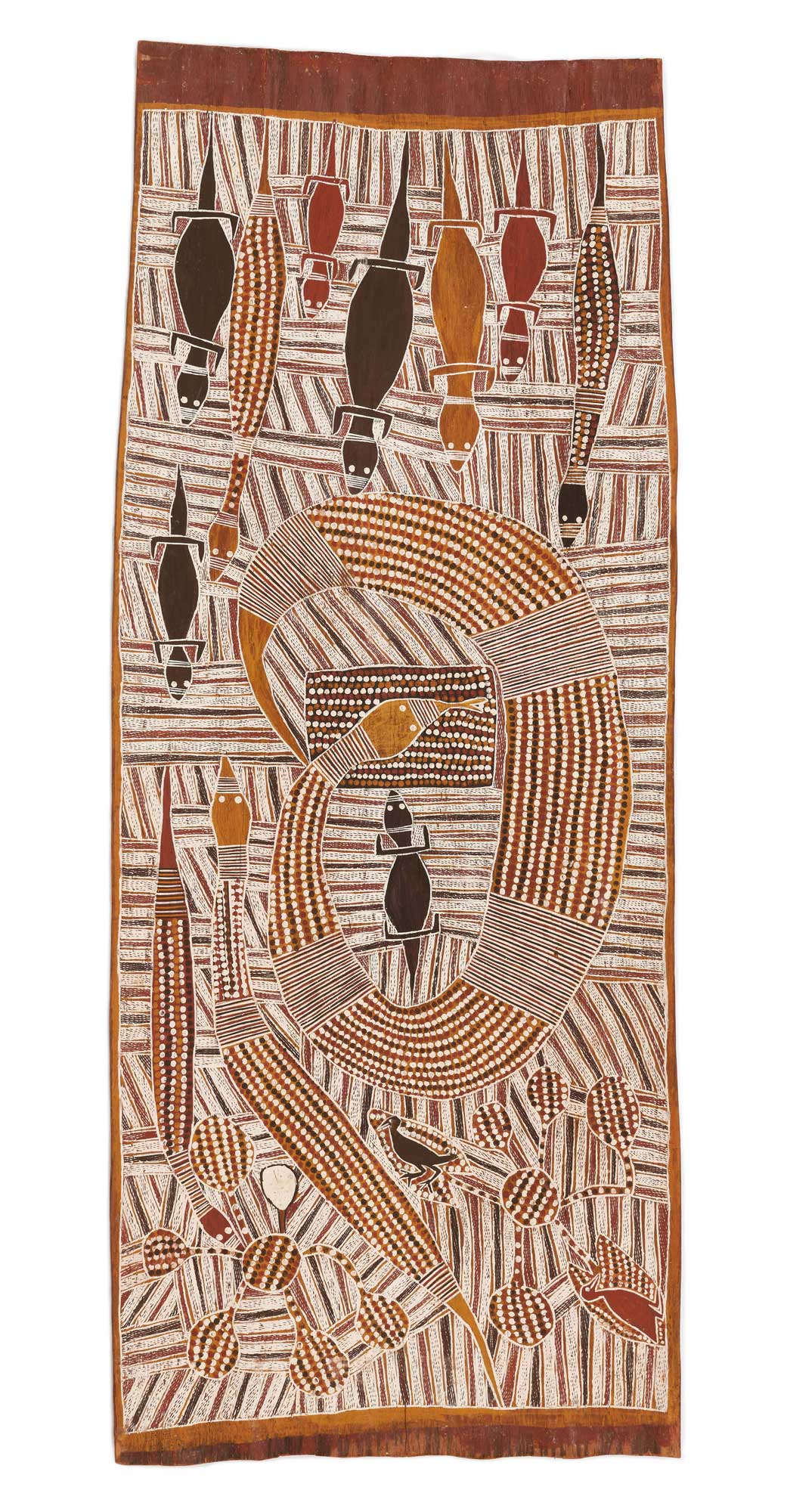 "As [Wititj] traveled, she stopped and rested, and she sat under a garayal (a human-made shelter) to rest. Here, at a place called Gapuwaṉapaṉa, the great Serpent heard the rumbling sound, the growling from the Goluma. Out of Goluma came the sound or words, the cursing from Goluma, from the Serpent named Manatj. The Serpent spat and spoke, cursing toward a place called Mirarrmina and Gätata. From Guruwana, Garuma passed the message on to the Serpent. They were talking to each other, talking to Birritjama, so the other Serpent from Goluma answered, cursing. Cursing came from each Serpent as they were creating the countries, recognizing each other. The great Serpent heard the other as she kept cursing and thought to herself, “Is she going to give me the chance to speak?” Then another Serpent spoke and she thought, “These other two, are they going to give me a chance or will they be talking to themselves?”. She struck a lightning from a Country called Gapuwaṉapaṉa, also known as Moŋuli. She said, “Let me strike this bark here, then I can be satisfied.” Hitting the bark, both the tree and its leaves, lightning struck the special trees, as it was still raw and alive as it stood there. As it struck the tree, the pieces flew and splashed into the ocean of saltwater in a place called Waṉinygu, also at Djarraranŋa, Ritjilili and Maminŋu, representing the special place of a great white shark. "

The Gälpu clan belongs to the Dhuwa moiety. Major spiritual themes include Wititj and Bol’ŋu....

The 1960s were a decade of tumult and triumph for Yolŋu art and artists. In... 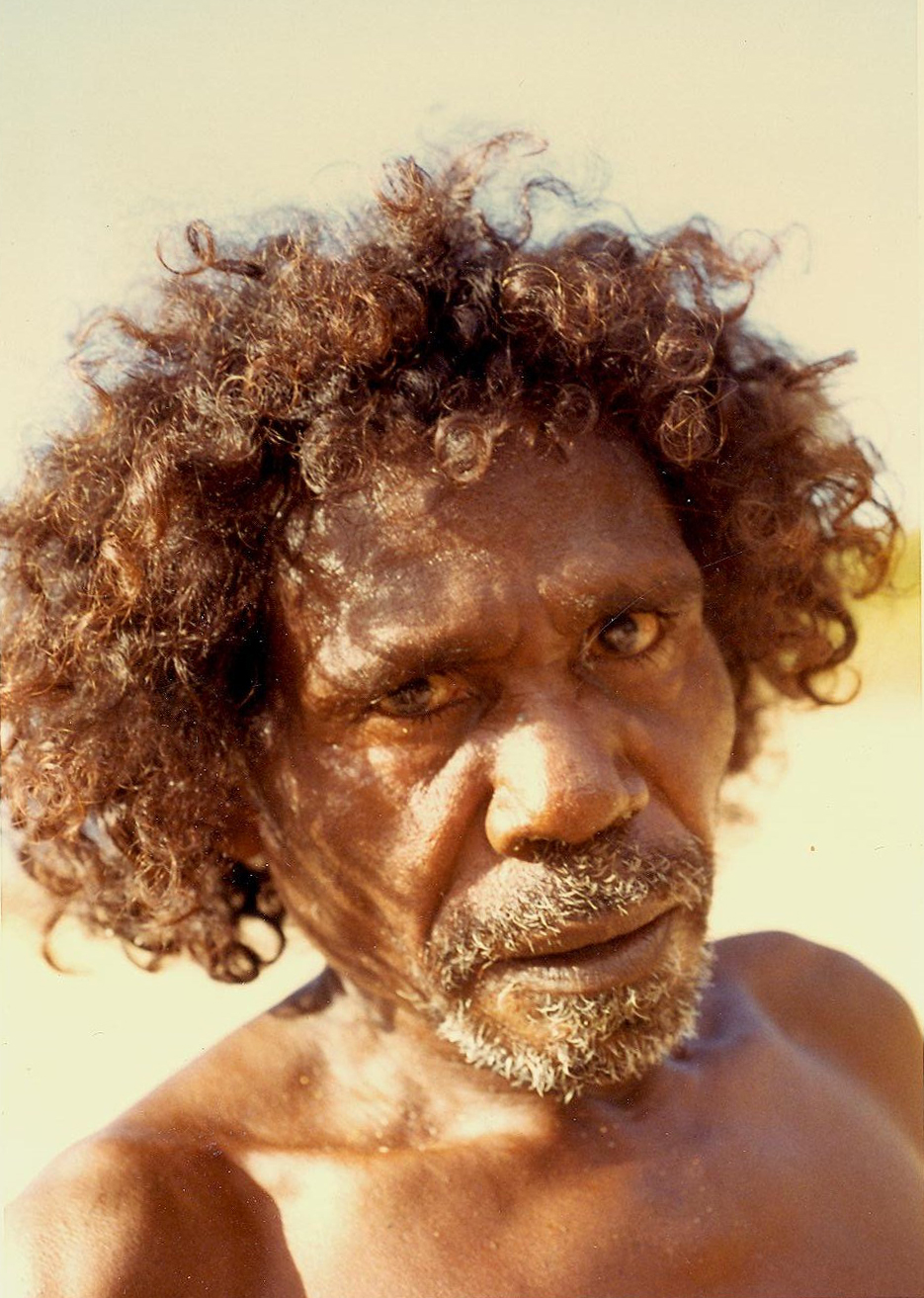 Mithinari Gurruwiwi was taught to paint by Mawalan Marika and became one of the most original and distinctive artists of the 1960s. He contributed to the Dhuwa side of the Yirrkala Church Panels.

Museum and Art Gallery of the Northern Territory

View All Artworks from 1960s