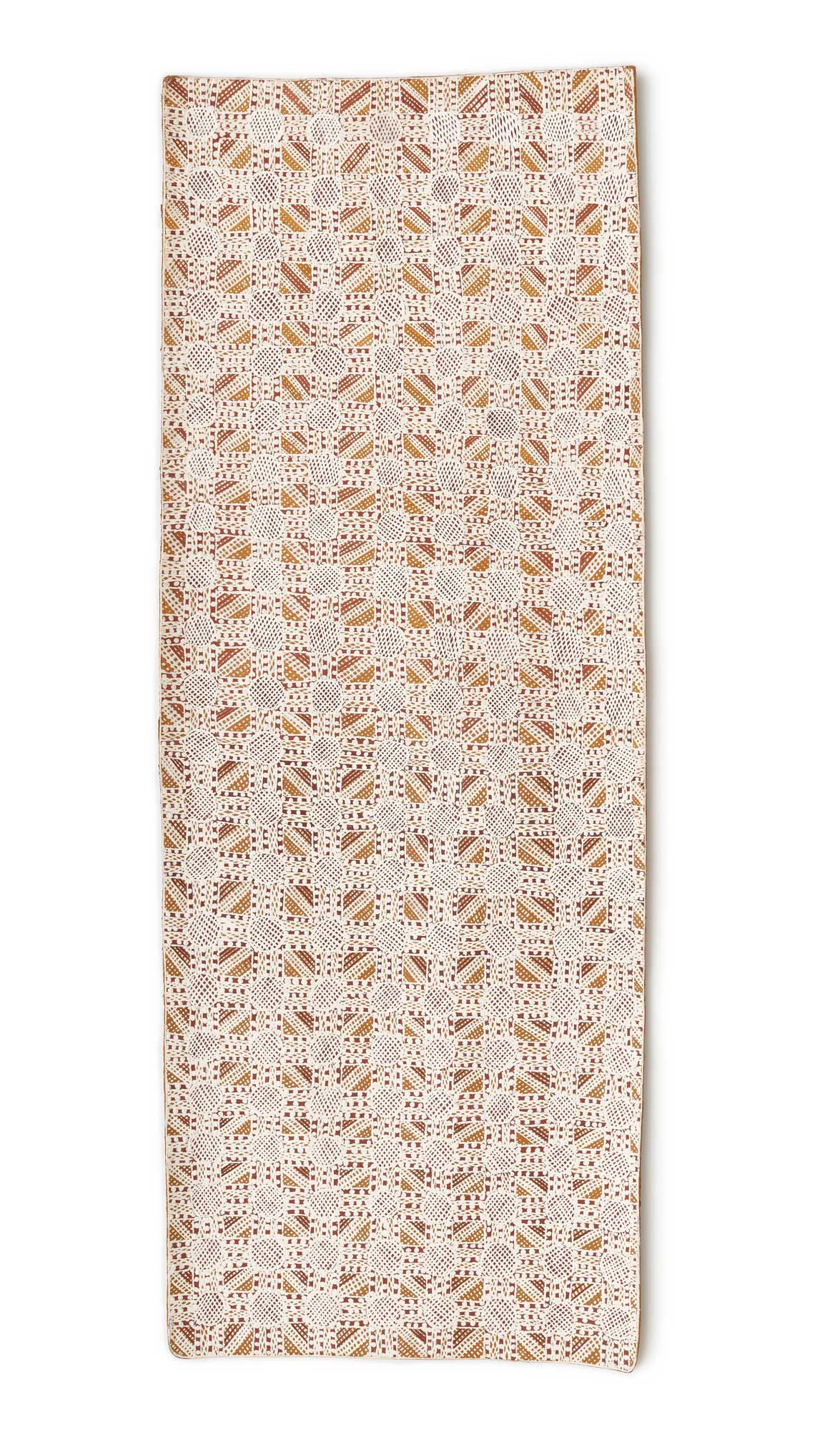 This painting refers to the Gälpu site of Naypinya, a coastal area just north of Birany'birany on Caledon Bay. In one story from this place the ancestral hunter referred to as Wuluwuma, Binykarra or Banimi speared Namal the Dhuwa clan Stingray and brought it to shore at Naypinya to eat above the salt water mark, the Wurrkadi side. As both Hunter and Stingray were kin (belonging to the same moiety and clan) this was a forbidden act.

Eating the stingray, they spit out the cartilage and hard bits (known as birrdi). These bits can be represented by the white dots. However in this painting Gurrukmuŋu has painted a freshwater version of the story, with the roundels representing Ganguri (long yam, Dioscorea transversa) and the white dots signifying the tracks of Wurrkaḏi. Wurrkaḏi are grubs that live under the ground. They are the larvae of the large horned beetle (a form of scarab) and the actions of the Wurrkaḏi (like witchetty grub) coming out from the ground to transform into flying insects have been recorded on this work as they are in the ancient songlines of the Gälpu clan. The roundels can be seen as the site of the contaminated carcass or the waŋa (home) for the Wurrkaḏi, and the dots as eggs. Each interpretations indicates it as a site of fertility. Gurrukmuŋu specified that the larger name of the place is Wäkumidi.

The homeland of the Gälpu clan is Gikal. Gikal is situated on a mangrove beach... 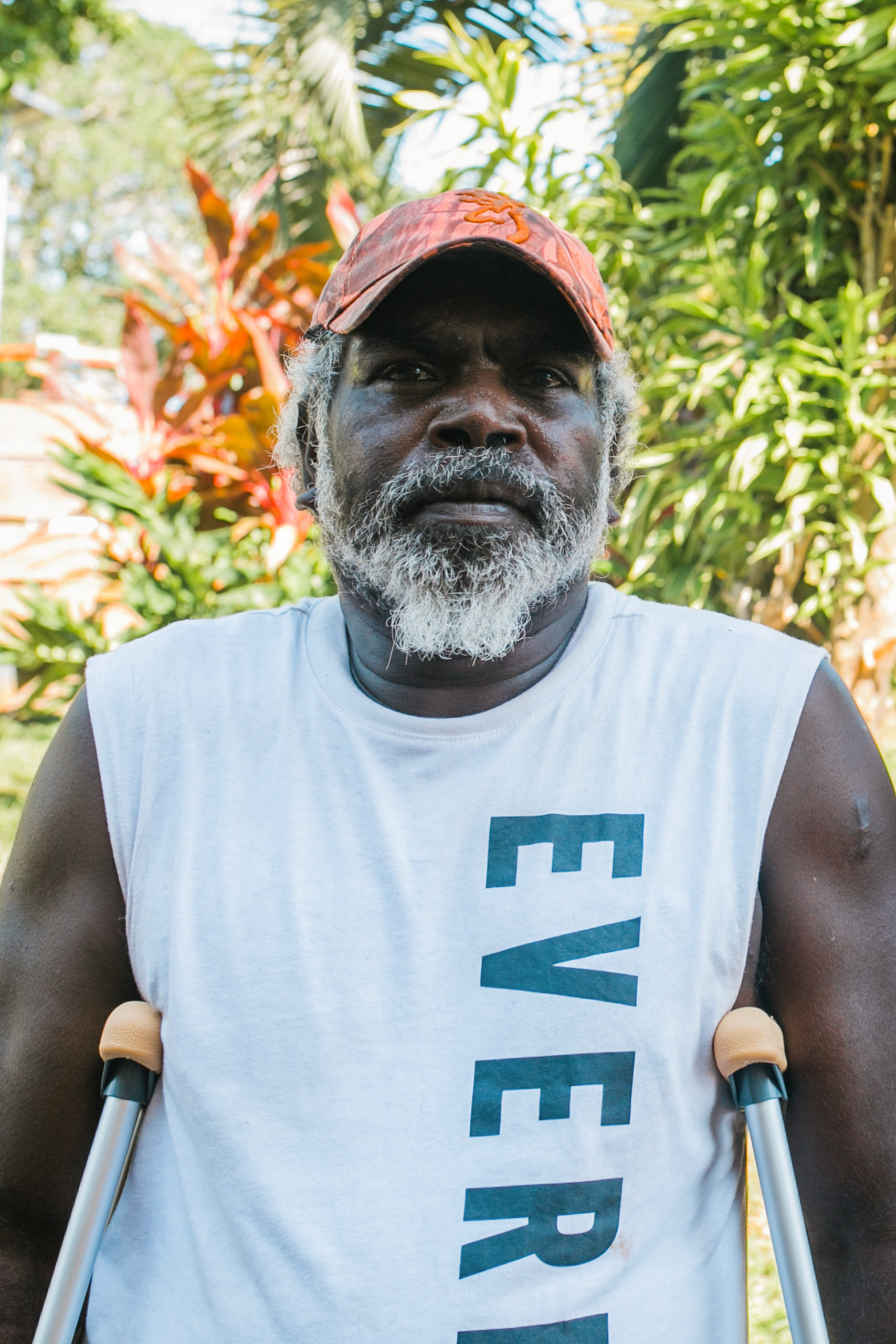 The son of important artist Mithinari Gurruwiwi, Gurrukmuŋu Gurruwiwi lives mostly at Galiwin’ku (Elcho Island). In 2015, he began carving in ironwood and painting his Gälpu clan designs on bark and ḻarrakitj (memorial poles).