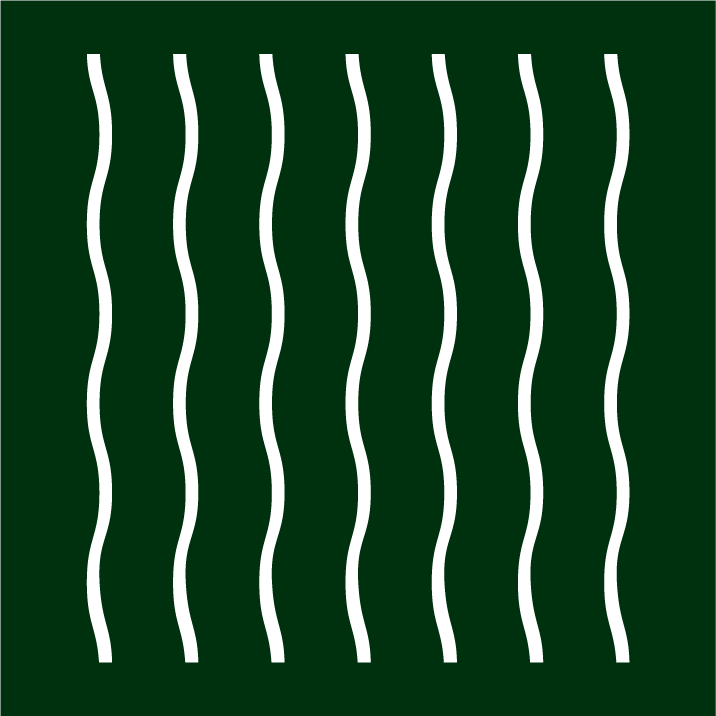 "Other Yolŋu have different Laws, but this belongs to the Wangurri clan. I am not telling a lie or stealing it from any of the other clans. Other clans have their own stories."

This painting depicts the saltwater designs for Wulwala, near the peninsula Dholtji (Cape Wilberforce). The waters are dotted with the life force of the Wangurri clan. This sacredness stems from the waters having passed through clan land estates, the fertile areas of tidal mangrove estuaries and over sacred country under the sea, where octopus Mända live as custodians to the region before being taken out to the horizons to be taken up into the maternal waŋupini (cumulonimbus clouds) that comes back over the sea to the lands raining the essence back to the cycle of water. Across the middle of the painting, triangular shapes represent the sunset striking the thunder clouds signaling the oncoming monsoon rains.

The creatures represented in the painting layer from the bottom dwellers to the surface, including Malarrka the turtle, Mända the octopus and Limin the squid. Shells of cuttlefish floating on the surface shelter the souls of unborn children held in the reservoir of Wangurri souls. All these creatures are marked with sacred designs and immersed in sacred water. So all are connected and all are part of the life force cycle that pulses through infinity.

The Wangurri homeland is at Dhalinybuy, a freshwater community on the Cato River surrounded by...

The son of Mathuḻu Gaḏal’miny Munyarryun, Buwathay Munyarryun is an important leader of the Wangurri clan based at Mutamul homeland and is actively involved in ceremonial life of the wider region. He is also an ordained minister of the Uniting Church.