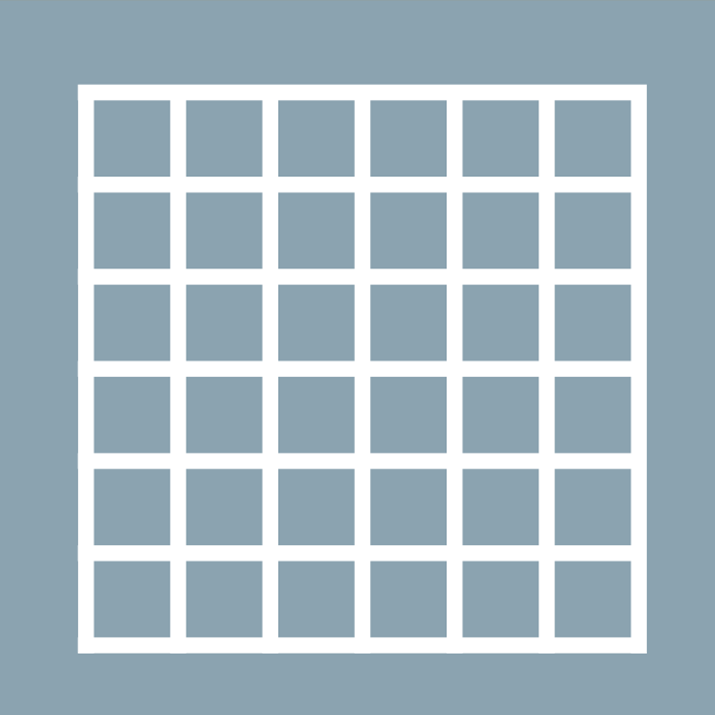 "I worked [at the Buku-Larrŋgay Print Space] for quite a while until, I fell ill with a sickness, and I stopped. Then, because I was working at home, I started working with small scraps of bark. And I started to cut into the and tried to develop a different style. That’s how it was. So, I started working with the small scraps like these. That was my idea. I didn’t work with large barks: I would just go around the craft shop, collecting all the small bits, the scraps of bark that other painters had left. So now I work with small pieces to make big works. Puzzle work paintings. I did the first one at the art center. It was small, just five or six little barks. Kade McDonald saw it and said: “Hey, sister, that's a great painting with that small barks. We want that bark painting, with the small barks. Can you make some more?” I create these small bark paintings to tell a story. The small paintings I create are the good, healthy water at Wanḏawuy. I paint the freshwater where the Shark rushed up and hit its head at the place called Waṉḏawuy. These are the designs for those waters. You can see the white clay design? That’s the water: the clear water. And the black design in the middle, that is the muddy water produced by the shark thrashing about. And this design goes straight towards Waṉḏawuy."

The Gupa-Djapu’ clan is a Dhuwa clan. Their homeland Waṉḏawuy is a village in the...

In Yolŋu oral tradition, several Dhuwa clans are connected by the journey of Mäṉa (the... 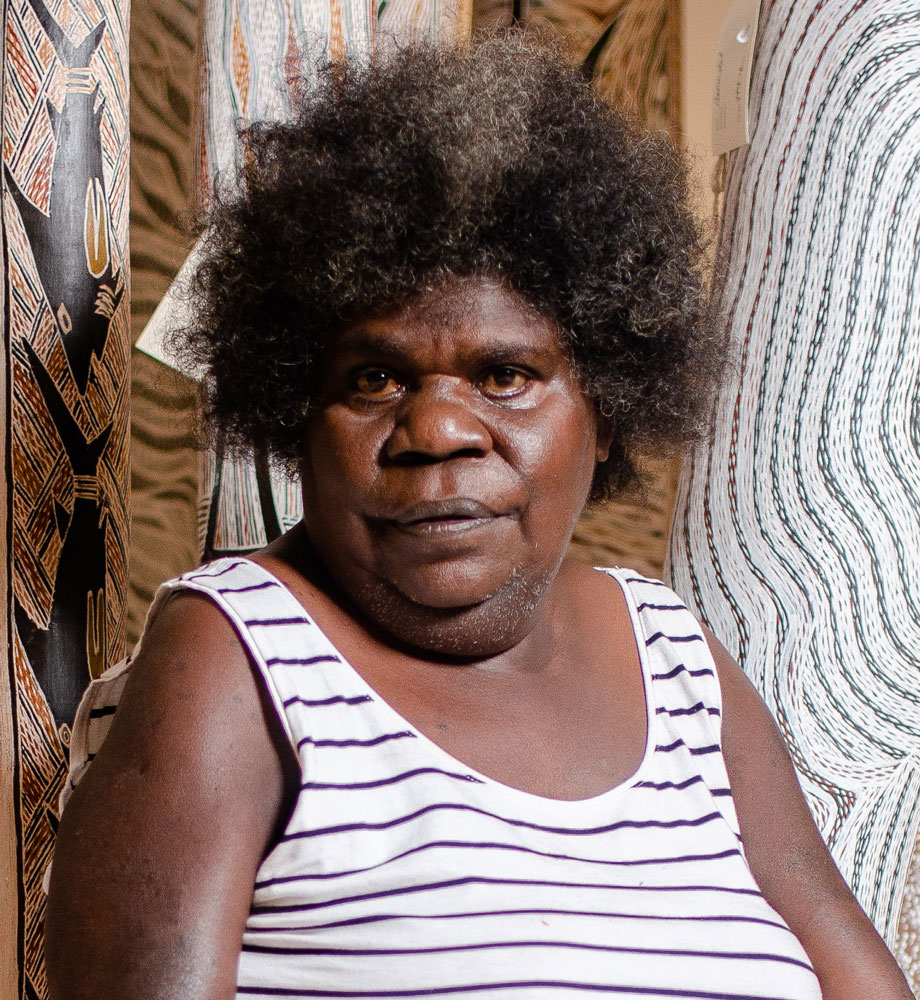 Over the last three decades, Marrnyula Munuŋgurr has been a driving force at the Buku-Larrŋgay Mulka Centre as an art worker, print space manager and artist. In the early 1990s, she pioneered a documentary style of painting, depicting elements of contemporary daily life at Yirrkala. More recently, she has received acclaim for her large-scale assemblage paintings. In 2020, she was awarded the bark painting prize at the National Aboriginal and Torres Strait Islander Art Awards.